An iterative and participatory evaluation about Malawi, Mozambique and Zimbabwe contexts. 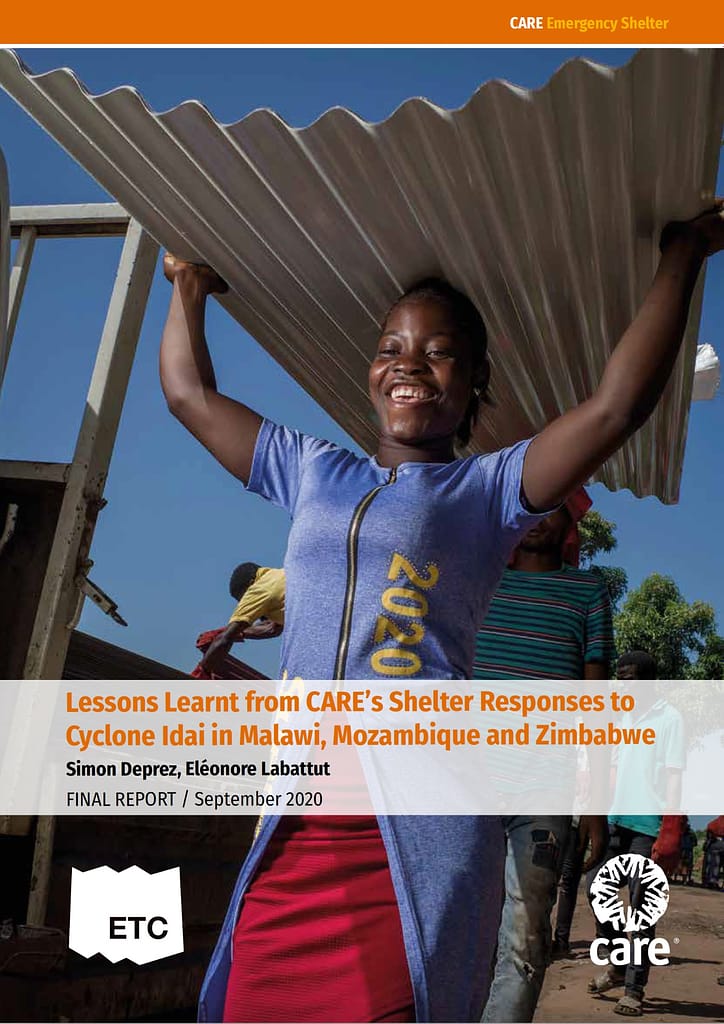 Cyclone Idai made landfall on the eastern coast of the south-eastern Africa region during the night of 14-15 March 2019. It was one of the worst tropical cyclones on record to affect Africa and the Southern Hemisphere. The protracted storm caused catastrophic damage, and a humanitarian crisis in Mozambique, Zimbabwe, and Malawi. The flooding caused immediate and extensive damage leading to the loss of hundreds of lives, the destruction of infrastructure, the disruption of basic services and livelihoods, as well as the devastation of cropland and crops. The floods caused by Tropical Cyclone Idai have affected more than three million people in the Republics of Malawi, Mozambique and Zimbabwe, leaving at least 1,300 people dead.

The purpose of this study is to examine the shelter work of the CARE country offices, and to investigate the learning from the Cyclone Idai response. Additional objectives were to support the reflective learning and self-assessment of CARE Emergency Shelter Team and to identify opportunities of further investigation for CARE at regional level.